Sarah Barnett, president AMC Networks Entertainment Group & AMC Studios will set out her content strategy and vision for all four networks in a fireside chat at the International Drama Summit. Barnett will discuss how AMC Networks is positioning itself to succeed in the current landscape and opportunities for international collaboration. 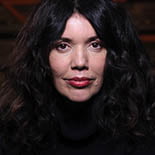 The strength of AMC Networks’ original content under Barnett’s leadership was underscored this year with the company’s four entertainment networks combining to secure a total of 25 Emmy® Award nominations as well as wins for Killing Eve, (BBC America) with Jodie Comer winning Outstanding Lead Actress in a Drama and State of the Union, (SundanceTV) which swept the short-form comedy/drama series category, winning Outstanding Series and Outstanding Actor and Actress for co-stars Rosamund Pike and Chris O’Dowd.

Killing Eve, the Peabody, Golden Globe®, BAFTA, Critics’ Choice and Screen Actors Guild Award-winning series developed at BBC AMERICA under Barnett’s tenure as president and general manager, has been a significant critical, cultural and business success since it launched in 2018.

Prior to moving to BBC America, as head of SundanceTV, Barnett redefined the channel as a vital television brand by introducing distinctive dramatic series. Barnett launched the network’s scripted strategy in 2010 with the Golden Globe-winning Carlos, and oversaw a slate of high quality, auteur-driven series that consistently captured critical acclaim and industry awards, including Rectify, Top of the Lake, The Honorable Woman, and others.

Barnett was featured in The New York Times “Corner Office” column and has been profiled in a multitude of trade and consumer facing publications. She was WICT’s Woman Of The Year in 2017, a NYWFT Muse Honoree in 2015, and has been included in The Hollywood Reporter’s Women in Entertainment Power 100 List, Variety’s Women’s Impact Report and Gotham Power List and has been named as an Adweek Woman Trailblazer along with many other recognitions.