Two compelling Case Studies, which explore new and ways to tackle sensitive subject matters, join the line up at the International Drama Summit, Sex Education from creator Laurie Nunn and from creator Samantha Strauss The End.

TIER 4 tickets are available at £999 + VAT
This is the final discount TIER saving £100 on the full ticket price of £1099
To book your place at this price CLICK HERE.

Nunn, along with director Ben Taylor, Netflix and Eleven take us inside Netflix’s hit comedy-drama Sex Education. We hear more about the focus of championing new and young talent, tackling delicate subject areas, the creative direction of the show and what’s in store for season two.

Strauss, along with See Saw Films, Foxtel and Sky will lift the lid on upcoming series The End. Taking us inside concept to screen, we’ll explore the creative ambition, partnerships and challenges of balancing the hard-hitting subject matter of euthanasia with creating an entertaining drama. 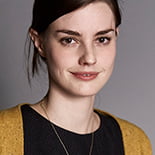 Laurie Nunn, creator and showrunner, Sex Education
Nunn is a writer of film, television and theatre. She was born in London and grew up in Victoria, Australia. She studied writing and directing at the VCA school of Film and TV in Melbourne, and then completed an MA in screenwriting at the National Film and Television School in the UK. Since graduating in 2012, Nunn has developed original projects with Eleven Film/Channel 4, Kudos Film and Television, Wigwam Films and Revolution Films. 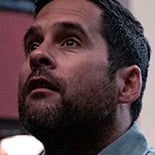 Ben Taylor, director
Since gaining a degree in film from Staffordshire University, Taylor has directed celebrated comedies from the multi-award-winning and BAFTA nominated Cardinal Burns to the hugely popular and BAFTA winning Catastrophe. Taylor set up Catastrophe with writers and leads, Sharon Horgan and Rob Delaney, and received a BAFTA nomination for Best Director. 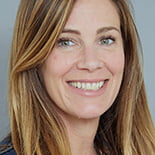 Alex Sapot, director of original series, Netflix
Sapot is responsible for commissioning and creatively overseeing the development and production of a number of global series such as Sex Education, The End of The F***ing World, Kaos, The Irregulars, Shadow and Bone, Anne With an E, Alias Grace, Collateral, Requiem, Wanderlust, Black Earth Rising, Giri Haji and The Spy. Prior to her time at Netflix, Sapot held executive positions in drama development at the ABC Entertainment Group and the London-based production company, Carnival Films & TV. 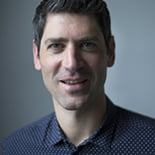 Jamie Campbell, executive producer, Eleven
Campbell serves as EP across Eleven’s factual and drama output. Alongside Joel Wilson, he steers the company's creative direction. Campbell went to London Film School in 2001, after which he directed, produced, and appeared in multiple primetime documentaries for Channel 4, ITV, the BBC and Sky 1 – including Candid Cameron, Martha and Me, 24 Hours With… and Osama and US. 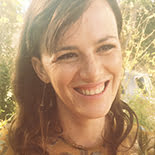 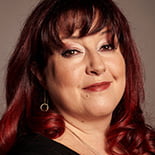 Liz Lewin, commissioning editor, Sky
Lewin has been working in the British Television industry for the last 25 years as a script editor, producer, executive producer and latterly a commissioning editor for Sky. As a script editor and producer she has worked with some of the most influential British writers around including Sally Wainwright, Phoebe Waller-Bridge, Stephen Beresford and Kay Mellor. She has a long standing working relationship with writer Lisa McGee which culminated in her developing and executive producing two series of Derry Girls for Channel 4, and she is currently developing series 3 alongside her commissioning responsibilities at Sky. 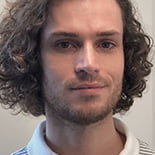 Patrick Walters, head of development, See-Saw Films
As head of development (TV) for See-Saw Films Walters runs development across See-Saw’s UK television slate, progressing pitches and scripts into broadcasters and then on to the screen. Walters is currently working on forthcoming productions The End (Sky Atlantic/Foxtel), and The North Water (BBC2), alongside a range of other dramas across a variety of international broadcast partners. Previously he has worked on productions including Top Of The Lake: China Girl, Love, Nina, and The New Legends Of Monkey. 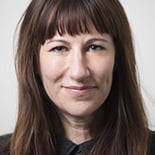 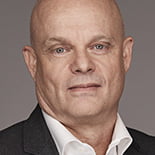 Ross Crowley, director of content, Foxtel
In his content role, Crowley oversees investments in drama and unscripted production, and on-demand first viewing, across Foxtel and its entertainment products. Crowley also oversees movies, the 4K content pipeline and content and trends for new platforms. He holds a business degree in finance, statistics and human behaviour and has worked at both the Nine Network and the former Star Group in Asia.


TIER 4 tickets are available at £999 + VAT
This is the final discount TIER saving £100 on the full ticket price of £1099
To book your place at this price CLICK HERE.