Stolen Picture’s Pegg, Frost and Ketley in for Content London

Joining the line up at the International Drama Summit are Stolen Picture co-founders Simon Pegg and Nick Frost, and CEO Miles Ketley.

In this creative in conversation session actors and writers, Pegg and Frost and industry veteran Ketley will take us inside their London based production company Stolen Picture. We’ll hear more about their move into production, what they are working on, who they are working with, how they balance their worlds of on and off screen and film and tv and how they are looking to work with the international business.

TIER 4 tickets are available at £999 + VAT.
This is the final discount TIER saving £100 on the full ticket price of £1099.
To book your place at this price CLICK HERE.

Speaking in this session: 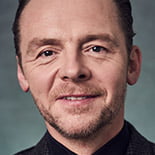 Simon Pegg, co-founder, Stolen Picture
Pegg has become a household name, not only in the UK, but worldwide thanks to starring in Hollywood blockbuster series Mission Impossible. He starred and co-wrote the Cornetto Trilogy of films as well as writing and starring in Star Trek: Beyond. He co-founded the London based production company Stolen Picture with long term collaborator Nick Frost in 2017 and has recently wrapped on their flagship series Truth Seekers. 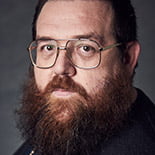 Nick Frost, co-founder, Stolen Picture
Frost is a well-known writer, actor, author and producer having recently founded the production company Stolen Picture with his long-term collaborator, Simon Pegg. Having started his career with Pegg in the hit comedy series Spaced, Frost has since gone on to star in The Cornetto Trilogy movies, comprising of Shaun of the Dead, Hot Fuzz and, The Worlds End whilst also co-writing and starring in the alien comedy film Paul. Frost has just finished shooting the Amazon Prime series which he wrote with Pegg and writing team Truth Seekers, the first production under the Stolen Picture banner. 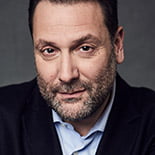 Miles Ketley, CEO, Stolen Picture
Ketley comes to Stolen Picture having previously been the COO of the independent TV production company Bad Wolf. Before that, he co-founded the Film and TV Group at the UK’s largest media law-firm, Wiggin LLP, having spent some time in Los Angeles as an executive at Fox Searchlight Pictures. Ketley is the CEO of production company Stolen Picture as well as a partner in the media financing company Stone Story Media, a trustee of the Independent Cinema Office.