TIER 4 tickets are available at £999 + VAT.
This is the final discount TIER saving £100 on the full ticket price of £1099.
To book your place at this price CLICK HERE.

Co-created by Cate Blanchett, Tony Ayres and Elise McCredie, Stateless is a powerful and timely series about four strangers whose lives collide at an immigration detention centre in the middle of the Australian desert. It centres on an airline hostess on the run from a dangerous cult, an Afghan refugee and his family fleeing persecution, a young father escaping a dead-end job and a bureaucrat running out of time to contain a national scandal. Each character deals with the contradictions of protection and border control from a unique perspective, offering topical insight into issues that countries are grappling with around the world.

Speaking in this session: 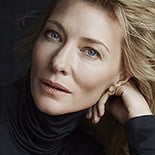 Cate Blanchett, co-creator, executive producer and actor
Blanchett is an internationally acclaimed and award-winning actress, producer, humanitarian, and dedicated member of the arts community. In recognition of her continued advocacy for the arts and support of humanitarian and environmental causes, Blanchett has been awarded the Companion of the Order of Australia in the General Division; the Centenary Medal for Service to Australian Society through Acting; and the Chevalier de l’Ordre des Arts et des Lettres by the French Minister of Culture. Her countless extraordinary ﬁlm performances have garnered Blanchett three BAFTAs, two Academy Awards and three Golden Globe Awards. In 2018, she was the President of the Jury of the 71st Cannes Film Festival. Blanchett is equally accomplished on the stage, having led the Sydney Theatre Company as co-Artistic Director and CEO for six years alongside Andrew Upton. For her onstage roles, she was nominated for a Tony and honored with the Ibsen Centennial Commemoration Award. Blanchett is a patron of the Sydney Film Festival, an ambassador for the Australian Film Institute and The Old Vic theatre, and a lifetime ambassador for the Australian Conservation Foundation. She is also a Global Goodwill Ambassador for the United Nations High Commissioner for Refugees (UNHCR) and was honored with the Crystal Award at the 2018 World Economic Forum in Davos. She is co-founder and president of production company Dirty Films and a mother to four children. 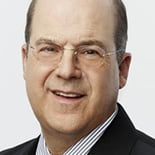 Wachtel joined International Studios from NBCUniversal Cable Entertainment. As chief content officer, he spearheaded NBCUniversal’s Cable portfolio and under his leadership, the studios enjoyed notable success with award-winning series such as Mr. Robot, The Sinner and Suits. Prior to this, Wachtel was co-president of USA for over a decade. 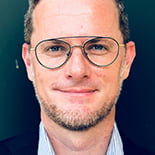 Prior to this, McKinnon was the head of content investment and planning at the Australian Broadcasting Corporation (ABC) where he was responsible for overseeing content production, business and planning activities across all genres and platforms for ABC’s entertainment and specialist division. Whilst at the ABC, McKinnon also served as the deputy head of production for ABC TV, executive producing popular drama Harrow, starring Ioan Gruffudd and the supernatural drama Glitch. McKinnon also oversaw production on the TV version of Indigenous thriller, Mystery Road. 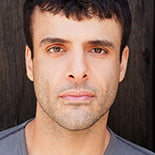 Fayssal Bazzi, actor
Bazzi is an accomplished Australian actor with extensive credits in TV, film and theatre.
In 2020, Bazzi will star in the ABC’s Stateless, Directed by Emma Freeman and Jocelyn Moorhouse and STAN’s The Commons. Other television credits include Chosen, Mr Inbetween, Rake, Wake in Fright, The Let Down, Top of the Lake: China Girl, East West 101, Stupid Stupid Man and All Saints.
Bazzi’s feature film credits include Measure for Measure opposite Hugo Weaving, which premiered at Melbourne International Film Festival in 2019. Other feature film credits include the voice role of Mr Todd in the animated feature film Peter Rabbit, The Merger, Down Under, 6 Days, Emulsion, We’re Not Here To F**k Spiders and Cedar Boys. In 2018 Bazzi was nominated for the AACTA Award for Best Actor in a Supporting Role for his role in The Merger.

Bazzi has performed extensively with many of the national theatre companies. Selected credits include: Mary Stuart, The Other Way, Look the Other Way (Sydney Theatre Company); a national tour of The Merchant of Venice (Bell Shakespeare); Sami in Paradise, Food and Back at the Dojo, Ivanov, The Government Inspector (Belvoir); Blasted (Malthouse); Good Cook. Friendly. Clean, The Pigeons (Griffin Theatre Company); The Motherf**ker With the Hat (Black Swan State Theatre Company) and All the Blood and All the Water (Riverside Theatre).