The first two high profile up and coming dramas have been announced for the Drama Hot Properties and Case Studies strands at Content London; When the Dust Settles from Dicte showrunners Ida Maria Rydén and Dorte W Høgh and Reindeer Mafia from finish production company Kaiho Republic.

Hot Properties and Case Studies
The latest drama from pubcaster DR, When the Dust Settles, created by Dicte’s Ida Maria Rydén and Dorte W Høgh will feature in an exclusive case study at Content London.

When the Dust Settles is a multi-plot drama that portrays the lives of eight Copenhagen citizens, during the days before and after a tragic terrorist attack shocks the city. As the stories of the eight characters interweave throughout the season, it becomes apparent that their lives are connected in unexpected ways.

This is a 10-part limited series produced by Stinna Lassen (The Team) and DR Drama and is being sold internationally by DR Sales. When the Dust Settles is set to air locally in January 2020.

Reindeer Mafia, a new action drama from Finland will feature under the Hot Properties strand at Content London.

Reindeer Mafia is a story about the son of a reindeer lord in the northernmost Lapland. He starts an outlaw snowmobile club in order to fight back the tyrannical power of his father that rules the fells
through corruption and blackmail. At stake is not just the control of the fells but the future of nature and Lapland.

When the Dust Settles: 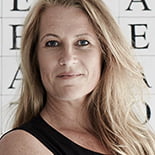 Ida Maria Rydén, writer, When The Dust Settles
Rydén, born in 1970, graduated as scriptwriter from The National Film School of Denmark in 1999, and began her career writing for both television, film and the theatre. Her theatre credits include amongst others, Make Up for The Royal Theatre, which won the Reumert prize in 2002.
Rydén has written several feature films and TV-series including The Hotel, Far from Las Vegas and Nikolaj & Julie before show running three seasons of the popular crime tv-series Dicte for Danish TV2.
Rydén is currently writing the TV-series “When the Dust Settles” for DR. 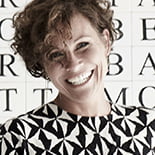 Dorte Høgh, writer, When The Dust Settles
Høgh, born in 1969, started her career as a successful journalist and radio and TV host during the nineties before graduating as scriptwriter from The National Film School of Denmark in 1999.
She collaborated with director Per Fly, co-writing three of his films, The Inheritance, Manslaughter and The Woman Who Dreamed of a Man, before showrunning three seasons of the popular crime tv-series Dicte for Danish TV2.
In 2009 she was nominated for an Oscar for her short film The Pig, which she both wrote and directed.
Høgh is currently writing the TV-series When the Dust Settles for DR. 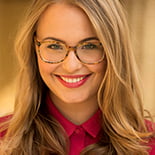 Stinna Lassen, producer, When the Dust Settles
Lassen, born in 1984, graduated from The National Film School of Denmark in 2011 and co-founded Good Company Films in 2014.
Lassen has produced all of Milad Alami’s award winning short films as well as his successful debut feature The Charmer. Other credits include season 1 of European TV-series The Team as well as the family fantasy film Wildwitch. Lassen is currently in production with the TV-series When the Dust Settles for DR. 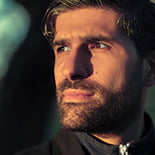 Milad Alami, concept director, When the Dust Settles
Alami was born in Iran in 1982, grew up in Sweden, and graduated from The National Film School of Denmark in 2011.
From 2012-2016 he directed 3 short films that were all selected for numerous film festivals, amongst others, Director’s Fortnight in Cannes, Clermont Ferrand and Karlovy Vary.
In 2018 Milad directed his feature film debut The Charmer that premiered and won the critic’s award in San Sebastian before winning numerous awards in festivals in Chicago, Palm Spring, Wasaw, Lübeck and Gothenburg.
Milad is currently in production with the TV-series When the Dust Settles for DR. 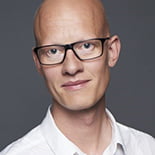 Christian Rank, head of drama, DR
As head of drama at DR, Rank oversees the development and production of the public service broadcaster’s primetime drama, as well as scripted content aimed at children and youth audiences. 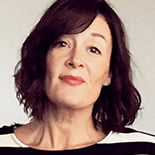 Liisa Penttilä-Asikainen, producer, Reindeer Mafia
Penttilä-Asikainen has worked as a producer since 2001 and founded Kaiho Republic with Pete Eklund in 2013. Penttilä-Asikainen has produced awarded short films, TV series, and feature films and has been actively co-producing on titles such as, Lars Von Trier’s Dogville, 2003, Peter Greenaway's Eisenstein in Guanajuato, 2015 and upcoming Zaida Bergroth’s feature film Maria’s Paradise, 2019. Her most recent tv-series Invisible Heroes was released in Finland April 2019 and gangster drama Reindeer Mafia is currently in development. 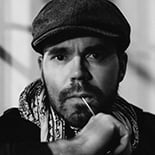 Mika Kurvinen, director and screenwriter, Reindeer Mafia
Kurvinen is a director and screenwriter from Finland. He has directed TV series Welcome to Texas and Soundtrack of Love, 2 seasons. His latest work is the first Finnish-Chilean co-production Invisible Heroes where he was a conceptual director. Kurvinen studied film directing in Helsinki Film School in Aalto University. 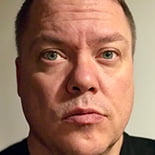 Pete Eklund, Producer, Reindeer Mafia
Eklund has a long backround in the music industry. He has worked for multinational record companies such as Warner Music and Sony Music since 1998. Eklund has managed a wide range of superstars and projects which have sold altogether 2 million album copies in Finland. Since 2008 he has worked with films and television, first with his own company Moshfish Helsinki and in 2013 he co-founded Kaiho Republic.


MANY OF THESE SPEAKERS WILL TAKE PART IN THE CONTENT LONDON SPEED NETWORKING PROGRAMME.