TIER 3 tickets, priced £899 are about to sell out.
To book your discounted place CLICK HERE.

In this keynote session Lugenbiehl and Shergill will discuss their approach to developing international series and explain the originals strategy in place for EMEA and India. 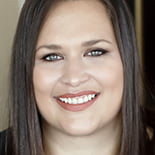 Kelly Luegenbiehl, VP of international originals, Netflix
Luegenbiehl oversees the development and production of Netflix’s non-US based series, which launch simultaneously around the world in 190 countries. Luegenbiehl has been responsible for the creative and has overseen the launches of numerous shows including, Suburra, Cable Girls, Jack Whitehall’s Travels With My Father, Ingobernable, Marseille, Club de Cuervos seasons 2 and 3, 3%, and German production Dark. She is a voting member of the Academy of Television Arts & Sciences as well as the British Academy of Film and Television Arts. Luegenbiehl was also head of the comedy jury for the Rose D’Or Festival 2013.

Prior to Netflix, Luegenbiehl worked at ABC as VP, comedy development and international scripted, ABC Entertainment Group. Some of the shows she was directly responsible for include ABC’s comedy series Fresh Off The Boat, Cristela, The Goldbergs, Trophy Wife, Suburgatory, as well as The Middle. She was also on the team that developed Modern Family and Black-ish. Prior to ABC, Luegenbiehl worked for Bravo as manager of development and production, where she won a Primetime Emmy Award for her work on Kathy Griffin’s My Life on the D-List. Other series developed at Bravo include Millionaire Matchmaker and Flipping Out as well as numerous stand-up specials. While at Bravo she was also part of NBC’s prestigious Associates Program. In 2010 Luegenbiehl was selected as one of The Hollywood Reporter’s “Top 35 Executives Under 35,” and in 2011 Variety profiled her in their inaugural list of “Hollywood’s New Leaders.” 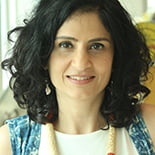 Monika Shergill, director of international originals, Netflix India
Shergill heads the international originals series team in India. Shergill is a seasoned media professional with over two decades of experience as a journalist, producer & network executive. She was previously at Viacom 18 Digital Ventures as EVP and head content for VOOT.

Prior to this, Shergill headed the network non-fiction programming & strategy for Star India Network. In this role, she helmed the biggest network multi lingual content project, the series, `Satyamev Jayate’ for Star Plus & 9 other network channels. Shergill has worked across genres in all major broadcast networks including Zee (2001-2002) & Sony Entertainment Television (2002-2007) in key programming roles creating successful scripted and unscripted series.

They join other confirmed speakers, including:

TIER 3 tickets, priced £899 are about to sell out.
To book your discounted place CLICK HERE.