With the increasing challenges facing today’s world The International Drama Summit explores the role that scripted content can play in helping to inspire and compel social change with leading innovators in this space.

Key execs from Globo, Participant, Amnesty International and UN Environment are among a number of speakers taking part in panels and Case Studies.

In one of a series of case studies, co-creator and director Estela Renner, will present Globo environmental thriller Aruanas.

A Globo and Maria Farinha Films coproduction, Aruanas goes far beyond the action-thriller genre by shedding light on the debate about the conservation of biodiversity and the future of life on Earth. Written and created by Estela Renner and Marcos Nisti, with the collaboration of Pedro de Barros, the series shines a spotlight on the importance of environmental advocates, who work at the risk of their own lives to defend justice, equality, and a more sustainable world for society and future generations. The fictional story has been informed by real world experiences and research, in partnership with over 20 global NGOs.

The 10-part series has a very clear goal: to warn against the global environmental crisis and promote the appreciation and protection of the extraordinary work of activists. 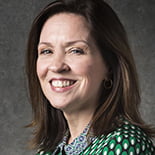 Monica Albuquerque, head of artistic development, Globo
Albuquerque is in charge of all the content portfolio and artistic resources such as casting, directors and writers. She was previously head of corporate communications of Globo, responsible for strategic conceptualization of all communication actions in our programs and telenovelas. With over 20 years of experience in the area of corporate communications, she has worked at major media players. In 2019, Albuquerque was recognised in Variety’s International Women's Impact Report for her achievements. 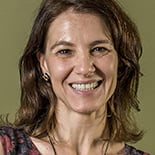 Estela Renner, director, writer and co-founder, Maria Farinha Filmes
A film director and writer, Renner is also a co-founder of Maria Farinha Filmes. She lived in the United States for seven years, where she obtained her Masters in Motion Pictures and worked in writing and directing sitcoms. On relocating back to Brazil, Renner dedicated herself to helping promote social and environmental changes through film. She wrote and directed Way Beyond Weight, a documentary on the epidemic of childhood obesity, and Target Market: Kids, which deals with the effects of advertising on children. Both were viewed by over two million people and had great impact on public policy making. For TV Globo, Renner has co-created and directed 10 out of the 25 episodes of the series Young Inventors, about youth in need who pioneer inventions to improve life in their communities. The series currently airs to an audience of over 23 million people. As a writer, Renner’s credits include feature rom com She Makes Movies [Portuguese title: Ela Faz Cinema], and, for Fox International, the feature animation Lino. In 2016, Renner wrote and directed The Beginning of Life, a documentary about the importance of human relations in the first years of each person’s life. In 2019, she directed and scripted the fictional series Aruanas, a co-production between Maria Farinha Filmes and Globo, which explores activism and the global environmental crisis through the work of the titular organisation. 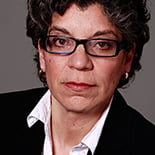 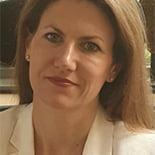 Niamh Brannigan, head of communications for environmental governance, UN Environment
Brannigan leads outreach and advocacy efforts to strengthen global environmental governance. Much of her work is devoted to promoting environmental rights and giving voice to environmental defenders on the frontlines of the battle to protect our natural resources from unsustainable use and degradation. Prior to this, Brannigan was engaged in conservation advocacy to end the illegal trade in ivory, humanitarian communications, and agency communications for the public sector. Brannigan also spent several years leading communications for an international NGO with a mandate to enhance socio-economic development by assisting governments to develop realistic and relevant policies for education and training systems through technology integration. Brannigan is passionate about strengthening rule of law and human and environmental rights in countries mired in corruption with weak institutions. Brannigan has an MSc in Technology and Learning from Trinity College Dublin and a Masters in Publishing from University of the Arts London. 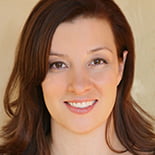 Miura Kite, SVP, global television, Participant
In her role at Participant, the global media company founded in 2004 by Jeff Skoll dedicated to entertainment that inspires audiences to engage in positive social change, Kite works to expand Participant’s narrative and documentary television slate by identifying, developing, packaging and executive producing high-end properties for premium cable, basic cable, digital and emerging platforms. At Participant, she has been involved in the development of Ava DuVernay’s Emmy Award®-nominated limited drama series, When They See Us, for Netflix; and Noughts and Crosses for BBC1. Kite joined Playtone in 2001 before being promoted in 2003 to head of development, a role she held until her departure from the company in 2011. In her role as head of development at Playtone, Kite co-produced the HBO Emmy Award®-winning film, Game Change, and HBO’s Emmy Award®-winning miniseries, The Pacific. She served as development executive on films Where the Wild Things Are, City of Ember, Starter For 10, Mamma Mia! and Participant’s Charlie Wilson’s War, and was involved in the development of five seasons of HBO’s series Big Love and the miniseries John Adams. 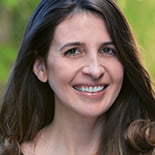 Nicole Starr, vice president of social impact, Participant
Participant is the leading media company dedicated to entertainment that inspires audiences to engage in positive social change. In her role, Starr oversees the development and execution of impact campaigns that bring together art and activism to accelerate progress around the world’s most pressing issues. Her passion for leveraging the power of storytelling to inspire action drives her work at Participant, which includes the creation of social impact and culture change campaigns for numerous films, such as the critically acclaimed RBG, On the Basis of Sex, An Inconvenient Sequel: Truth to Power and Academy Award®-winning Roma. Most recently, the impact campaign around Roma helped shift the narrative around domestic workers and inspired the cultural conditions for policy change in the U.S. and Mexico. Starr came to Participant with over a decade of experience in the entertainment industry, including a six-year stint at 20th Century Fox Home Entertainment building corporate partnerships around film and TV properties such as Avatar, Life of Pi, X-men franchise and Glee. In addition, Starr is a founding member of Storyline Partners, an organization working in writers’ rooms to create authentic portrayals of underrepresented or misrepresented communities in pop culture. 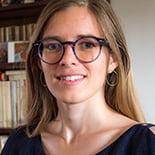 Morgane Baudin, sustainable production specialist, Pixetik
Baudin’s mission is to promote and implement environmental and social sustainability in film & TV. She runs the French ethical product placement company she has co-founded, Pixetik. Pixetik creates partnerships between productions in need of financing and green solutions in need of promotion. These solutions are integrated into the content to inspire the audience to adopt sustainable behaviours. Behind the scenes, Baudin is a consultant and trainer in sustainable production in order to reduce the industry’s environmental impact. She contributes to initiatives such as Ecoprod or Green Screen. 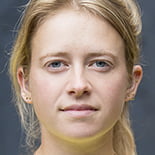 Genevieve Barr, actress
Barr is an English actress best known for the role Amelia in the BBC award-winning series The Silence. She plays Debbie in Jack Thorne’s latest drama, The Accident for Channel 4. Further credits include playing psychopathic Lisa in Shameless, BAFTA award-winning The Fades, ITV's True Love alongside Jane Horrocks, Neal Street Productions’ Call the Midwife for BBC, Two Brother Pictures’ Liar for ITV and BBC's four parter Press. Barr was born deaf and was fitted with hearing aids aged four. Barr attended the University of Edinburgh, graduating in 2008 with an MA (Hons) in English Literature and History. Barr can also be seen in the Maltesers advert, part of a huge international campaign celebrating diversity. This was the first advert to ever be aired solely in British Sign Language with captions.

They join other confirmed speakers, including: