BritBox outlines UK and US strategy at Content London

TIER 3 tickets are about to run out.
To register now for the discounted rate of £899 CLICK HERE.
Once these tickets are gone TIER 4 will be available priced £999.

In this intimate session, Sakaan and Sriraman will provide clarity on the windowing strategies between the UK and US and define their content strategies for the two services and opportunities for originals and coproductions. 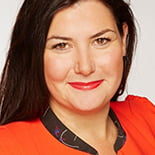 Reemah Sakaan, group launch director, BritBox UK & SVP creative and editorial BritBox US
Sakaan is currently leading ITVs set up of BritBox in the UK and leading its interests in the US joint venture of ITV and BBC subscription video service, BritBox. Having worked on the inception of the partnership she was responsible for the creation of the BritBox brand and global concept proposition. She spent the last 18 months based in New York driving the brand’s impressive subscriber growth (surpassing 600k subs in its first 2 yrs) alongside it’s launch into Canada in Feb 2018, making it one of the most successful entries into the highly competitive North American subscription video service market. Prior to this as ITV’s director of marketing and media her remit covered all UK and international TV channels, digital on demand brands and pay services. She spearheaded the 2013 ITV rebrand, relaunching ITV’s UK Network brands, following this in 2014 she delivered the networks new channel launches ITV Encore and ITV Be, and the 2015 relaunch of ITV’s VOD service to become ITV Hub. She previously worked at the BBC for eight years, holding posts including head of marketing for BBC One and BBC Drama and BBC Film leading launch campaigns for Sherlock, Doctor Who and Frozen Planet. Prior to this Sakaan was head of marketing for BBC Three, BBC Comedy and BBC Entertainment and held roles in BBC Digital Marketing, working on product and platform brands such as BBC iPlayer, BBC HD and the BBC's role in Freeview and Freesat launches. Reemah started her career outside of media in FMCG marketing with roles at Diageo & Reckitt Benckiser. 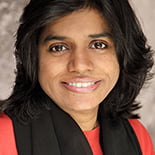 Soumya Sriraman, president, BritBox
Sriraman is president for BritBox, a joint venture between BBC Studios, the subsidiary arm of BBC, and ITV, the UK’s biggest commercial broadcaster. In this role, Sriraman is responsible for the overall strategy and operation of BritBox, with a focus on bringing the best British content to the service through acquisitions, licensing, co-productions, and key partnerships, with an emphasis on reach, engagement, and retention. Earlier, Sriraman served as executive vice president of franchise and digital enterprises at BBC Worldwide North America (now BBC Studios Americas), where she expanded brand platforms, maximized distribution outlets, developed new product and grew the home entertainment and licensing businesses to record breaking heights; adding a new distribution line-up of theatrical events for the key BBC brands including Doctor Who and BBC Earth. Prior to joining BBC Worldwide North America, Sriraman was president and chief executive officer for Palisades Tartan US and UK where, she spearheaded the releasing of independent and arthouse films, relaunched the Tartan brand, and increased sales against a declining market. Sriraman was named among Home Media Magazine’s 40 Under 40 executives and held positions at Warner Home Video and Universal Home Entertainment. Sriraman was also the senior vice president of theatrical marketing at Universal Music and Video’s filmed entertainment arm, Vivendi Entertainment. She is a member of the British American Business Association and is delighted to serve on the Advisory Board of the Bentonville Film Festival.


TIER 3 tickets, priced £899 are about to sell out.
To book your discounted place CLICK HERE.