New Platforms, New Opportunities
Viacom’s Jill Offman joins the conversation around the huge opportunities that now exist with the continued rise and dominance of the SVoDs. She’ll discuss the Paramount+ platform and her wider Viacom remit, including her role with Viacom International Studios UK. 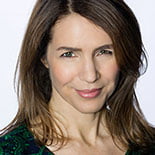 
The Commissioners
Joining the enhanced commissioner strand, which this year will include the opportunity for meet-and-greet networking opportunities for delegates is Sky Italia’s Nils Hartnann. 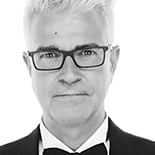 Nils Hartnann, senior director of original productions, Sky Italia
Hartmann started as promo producer at Orbit Network Rome. He launched the movie channel Studio Universal as creative manager. In 2003 he launched Sky Italia in the role of creative director. He then moved into the position of director of original productions and produced successful international TV series such as Romanzo Criminale, Gomorra, 1992, The Young Pope with Oscar winner Paolo Sorrentino and Miracolo directed and created by bestselling writer Niccolò Ammaniti. Currently in postproduction with ZeroZeroZero by the showrunner and director of Gomorra, Stefano Sollima, Diavoli, directed by Nick Hurran and starring Patrick Dempsey, the sequel, The New Pope with Jude Law and John Malkovich and in production with Romulus, an epic tale of the origin of Rome.


Global Drama Trends
Pascal Breton of Federation Entertainment who’s had huge success in the non-English language drama space joins us to explore how the trend for local language is evolving, with even greater opportunity from the growing number of local platforms. 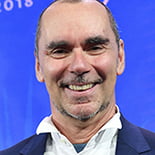 Newform Content Innovation
Joining the conversation about growing trends for newform and innovation in content, writer/director Nosa Eke explores how new developments in tech including AI are enabling a greater breadth in storytelling from interactivity to voice enabled content. Plus Sebastian Burkhardt from Keshnet joins us to discuss the successes and opportunities around short form content. 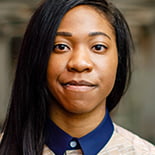 Nosa Eke, writer/director
Eke is a platform agnostic writer/director working in traditional and interactive storytelling. She was chosen for the Soho Theatre Writers Lab and then attended the National Film and Television school, receiving a scholarship from the Royal Television Society and Sky. Nosa has written episodic series on the Amazon Alexa for the BBC as well as worked on other experiences for BBC Voice and AI. She was chosen as a 2019 Trailblazer by Accenture and TCOLondon for her work in the cross-section between technology and storytelling. She is currently working on her debut interactive feature film in development with the British Film Institute, produced by Marshmallow Laser Feast. Nosa is also an Artist In Residence at Blast Theory developing the AR technology for the feature film. She is in post production on her short film, Something In The Closet, funded by the BFI and Film London. 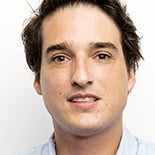