Speaking across The Big Picture Keynotes, Global Drama Trends and Development Slate strands at Content London this year we will hear views on what the next five years has in store for the global drama business, understand their changing business models to ensure they stay ahead of the game, find out what we can expect to see from them over the coming 18 months and discover how they are looking to further relationships with the international business. 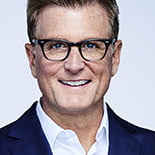 Kevin Reilly, chief content officer, HBO Max and president of TBS, TNT and truTV
One of television's most influential leaders, Reilly leads all of WarnerMedia Entertainment’s top-rated cable networks including TNT, TBS and truTV. Reilly also oversees the robust content strategy for the WarnerMedia direct-to-consumer offering HBO Max as Chief Content Officer, for which Reilly is charged with defining the non-HBO originals, library and licensed content that will make up the service.

The only executive to have run two broadcast and now four cable networks, Reilly is widely cited as an industry innovator and has been known for championing some of the most culturally influential programs in television history, including Empire, The Office, 30 Rock, Friday Night Lights, The Sopranos, The Shield, Nip/Tuck, ER, Law & Order and Glee. He was among the first television executives to make meaningful investments in digital and social media content and push for multi-platform ratings measurement. In recognition of his ongoing career accomplishments, in 2016 Reilly was inducted into the Broadcasting & Cable Hall of Fame, and in 2018, he received the Brandon Tartikoff Legacy Award from NATPE.

Since joining WarnerMedia in November 2014, Reilly has aggressively led major brand evolutions for TBS and TNT. Under his leadership, TBS has focused on creating distinctive originals and late-night shows, such as Full frontal with Samantha Bee and Search Party, while TNT has rolled out premium, award-winning dramas such as The Alienist, I Am the Night and Claws. Reilly has led efforts to expand partnerships with talent such as the new joint venture with Conan O’Brien’s Team Coco, and improve the consumer experience by significantly reducing commercial inventories in originals. He has also spearheaded new businesses such as ELEAGUE, and the recently announced new All Elite Wrestling league to grow the company's portfolio. 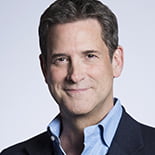 Michael Wright, president, EPIX
Wright is president of EPIX, responsible for overseeing all facets of the network including original programming, distribution and leading creative and marketing efforts.
In his first year, Wright worked with the teams to increase the network’s overall distribution by nearly 150%, and tripled the amount of original programming available to EPIX subscribers. Under his leadership, EPIX announced new original series The Godfather of Harlem, starring and produced by Oscar-winner Forest Whitaker; Pennyworth, the origin story of Batman’s butler Alfred from DC and WBTV; Steve Conrad’s Perpetual Grace, LTD, starring Sir Ben Kingsley, Belgravia, from Julian Fellowes and Gareth Neame; Slow Burn, based on the hit podcast; PUNK, from Iggy Pop and John Varvatos; and NFL: The Grind, from NFL Films and hosted by Rich Eisen, along with spy-thriller Deep State and Seasons 2 and 3 of Get Shorty.

Prior to joining EPIX, Wright was the CEO of Steven Spielberg’s Amblin Partners, where he oversaw the release of such films as A Dog’s Purpose, Ready Player One, The Post, and The House with a Clock in its Walls. Before Amblin, Wright was president of TBS, TNT, and Turner Classic Movies (TCM). During Wright’s tenure at Turner, he led TNT and TBS to the top of the cable charts for 10 straight years, programming some of the biggest hits on cable television including the The Closer, Into the West, and Men of a Certain Age for TNT, and Conan, My Boys, and Angie Tribeca for TBS. For TCM, Wright oversaw the production of the Emmy nominated documentary Moguls and Movie Stars: The History of Hollywood, the acclaimed TCM: A Night at the Movies franchise, and the Emmy winning AFI: Lifetime Achievement Award specials.

Wright is part of the Television Academy Foundation, the Executive Board of the UCLA School of Theater, Film and Television and is on the Board of Governors for The Paley Center. 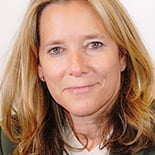 Nina Lederman, EVP, global scripted development, Sony Pictures Television
Based in Sony Pictures Television (SPT’s) Culver City headquarters, Lederman facilitates creative and logistical partnerships between SPT’s US and international production teams to expand SPT’s slate of TV series in the US and around the world. Lederman works closely with SPT’s portfolio of international production companies to foster relationships and sales to US-based platforms and works in association with SPT’s US development teams in identifying and developing US projects for international buyers. In this capacity, she is focused on developing opportunities for cooperation between the studio’s domestic and international groups.

Lederman joins SPT from All3Media America, where she was EVP, scripted programming. In that role, she advised on scripted development slates for labels under the All3Media umbrella and developed the sales strategy on UK originals. She also served as executive producer on international co-productions, formats and original series, including Kaos (Netflix). Prior to that, she was at Lifetime Television for eight years, most recently serving as SVP, scripted programming and development and was responsible for developing UnREAL. Lederman got her start in the industry as vice president, production, for NBC Studios. 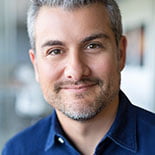 Scott Herbst, head of scripted development, Lionsgate Television Group
Herbst oversees the development of scripted series for Lionsgate’s Television Group, one of the largest independent television businesses in the world. He and his team are responsible for identifying and developing content for an ever-expanding array of buyers across broadcast, cable and streaming platforms, and leveraging the Company’s production partnerships, including its 3 Arts Entertainment and Point Grey Pictures relationships, to create premium scripted shows.
Lionsgate Television is coming off its best development year ever and Herbst oversees many of the Group’s highest-profile scripted series. These include the eagerly-anticipated drama Zoey’s Extraordinary Playlist for NBC, Love Life for HBO Max, a romantic comedy anthology series reuniting director Paul Feig and star Anna Kendrick, the television spinoff of Lionsgate’s blockbuster John Wick film franchise, The Continental, for Starz, and Fall and Rise, the limited event series about 9/11, for ABC.

Prior to joining Lionsgate, Herbst served as vice president of scripted programming for NBCU International and vice president of development at Lakeshore Films. He has previously produced top series and films including You, Me and the Apocalypse, Glitch, London Spy, Hanna and The Lincoln Lawyer. 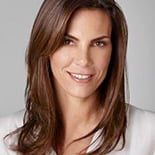 Prior to joining VICE, Marcheschi was an executive vice president at StudioCanal TV and vice president of scripted television series at Condé Nast Entertainment. Marcheschi’s previous positions include serving as SVP at Caryn Mandabach Prods (Peaky Blinders), where she led worldwide TV development, and as head of development at Leverage (In Treatment, Boardwalk Empire, How to make it America).