Sky, STV, Stan, RTL, Starz, and CBC are the latest broadcasters and platforms to join The Commissioners strand at The International Drama Summit, which this year will also feature face-to-face speed networking with delegates.

In a series of one-on-one and intimate panel sessions leading world drama heads will discuss their future slates, strategies and opportunities for collaboration with the international business.

Many of the top global commissioning execs will take part in the Content London Speed Meets initiative designed to connect delegates with speakers during the event.

Don’t miss the chance to be part of the world’s leading development marketplace! 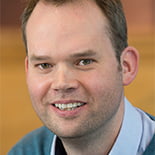 Cameron Roach, director of drama, Sky
In 2013, Roach joined Sky Drama as commissioning editor and was appointed director of drama in early 2019. Roach worked with Anne Mensah over the past six years to establish an internationally acclaimed slate for Sky’s original drama across Sky One and Sky Atlantic. Key recent titles include Chernobyl, Britannia, A Discovery of Witches, Bulletproof, Tin Star, Riviera and Curfew; forthcoming shows include Catherine the Great, Temple and Gangs of London. Roach began his career in script and series editing on long-running drama series such as Casualty, before landing his first producing job on series 6 of the hit prison drama Bad Girls for Shed Productions. He went on to produce two series of Footballers' Wives. In 2007 Roach moved to Kudos Productions to produce the International EMMY award-winning second series of Life on Mars, and in 2009 produced BBC2's critically acclaimed Moses Jones. Other BBC credits include Silk and Young James Herriot. In 2011 Roach was asked to oversee the move of Waterloo Road from Rochdale to Glasgow; as EP he worked on fifty episodes of the show. Roach has worked in development for Tiger Aspect Productions, Shed Productions and for BBC Productions. 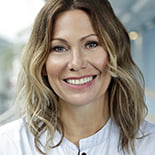 Anna Croneman, head of drama, SVT
Croneman, producer of TV-Drama and feature films, has over 30 productions to her production credit. Croneman has also held various industry positions such as vice chairman of the Swedish Film Institute and president of the Swedish Film & TV Producers Association (Film Section). She is currently head of drama at SVT - Sveriges Televison. 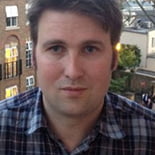 Nick Forward, chief content officer, Stan
Forward joined Stan as employee number three in late 2013, establishing the content strategy for the service. Forward oversees all aspects of original production, content acquisition and programming. Forward left his hometown of Melbourne to spend over a decade working in media/entertainment in London prior to joining Stan. He spent five years at Virgin Media in a variety of roles, including editor in chief for the business’s suite of content products, and, as director of TV product, managing the UK’s second largest pay TV platform. Previously Forward worked in the entertainment and marketing divisions at BSkyB. 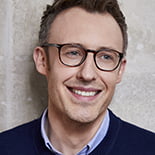 Philipp Steffens, head of fiction, RTL Television
Steffens has been head of fiction at RTL Television since March 2014 and is responsible for productions including Starfighter, Der Lehrer, Duell der Brüder and the series Deutschland 83, which won a Grimme Award in 2016. Immediately following his graduation from the Filmakademie Baden-Wuerttemberg in 2006, Steffens started his own production company (greenskyFILMS) with several fellow students, with which he also produced the international co-production 8 with renowned directors such as Gus Van Sant, Jane Campion, Wim Wenders and many others. The film won the Cinema for Peace Award in 2009 and was shown at festivals around the world. This was followed by the successful television series Der letzte Bulle (The last cop), which won both the Bavarian Television Award in 2011 and the German Television Award in 2012, and was successfully adapted in France, Russia and Japan. Steffens then started another company (Twenty Four 9 Films) and produced international cinema co-productions and series including the TNT production Weinberg, for which he received a Grimme Award in 2016. 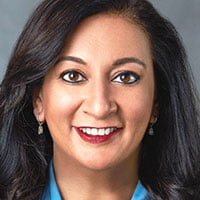 Superna Kalle, executive vice president, international digital networks, Starz
Kalle reports directly to Starz chief operating officer Jeffrey Hirsch and is based in the company’s Santa Monica office. Kalle leads the international expansion of Starz-branded digital and linear services and channels, overseeing strategy and operations. Most recently, Kalle was a senior advisor to several media companies guiding them on international SVOD strategy, digital operations, restructuring and global business development. Major clients included Starz, Lionsgate and CBS/Showtime. Kalle spent 16 years at Sony Pictures Television (SPT) where she served as senior vice president and GM, networks. Based out of SPT’s headquarters in Culver City, Calif., Kalle oversaw the company’s television networks portfolio and equity investments in the U.S. and Canada. For the U.S., she launched and served as general manager of the wholly-owned Sony networks, Sony Movie Channel, SPT’s first multi-platform television network; Cine Sony Television, SPT’s Spanish language movie network; and getTV, the Company’s first digital subchannel dedicated to classic programming. Kalle also served on the board of other popular cable and digital channels, including GSN (Game Show Network, LLC) and fearNET (a joint venture with Lionsgate and Comcast). In Canada, Kalle oversaw SPT’s partnership with Hollywood Suite, which carried the Sony Movie Channel brand. Prior to her domestic role at Sony, she was promoted to senior vice president, international networks in 2008 and held multiple board positions at SPT’s television networks business in India, Japan and pan-Asia. Prior to her promotion, she was SPT’s vice president, international networks since 2005. She joined SPT from parent company Sony Pictures Entertainment (SPE), where she had served as vice president, corporate development since 2004. She joined SPE as manager, corporate development in 1999. 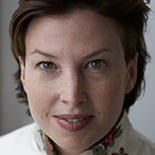 Trish Williams, executive director, scripted content, CBC
Williams oversees the public broadcaster’s drama, comedy and film teams across all broadcast and streaming original long-form programming. Williams most recently served as vice president, Temple Street, where she oversaw the creative execution of series for production as well as the sourcing and development of IP and new original series for primetime cable, pay, conventional and OTT platforms. She also served as co-executive producer of ongoing drama series Killjoys. Prior to joining Temple Street, Williams was director, drama, at Bell Media. There she lead a team of executives handling all development and production of original drama series and movies across CTV, Space, Bravo, TMN/HBO Canada, and MUCH, a highlight being creative oversight of several new series such as Orphan Black, Saving Hope, Motive, Sensitive Skin, and The LA Complex. She learned the ropes as a production executive on the international hit series Flashpoint and Degrassi. Williams has an MA from the Joint Programme in Communication and Culture from York and Ryerson universities.