Fellowes and Neame on life after Downton at Drama Summit

Julian Fellowes and Gareth Neame will share their experience of Downton Abbey and what each has in store for the future including the up and coming Belgravia in a creative keynote conversation at the International Drama Summit 2019.

As part of the Drama Summit’s Craft Strand, Fellowes and Neame will discuss their careers to date and their successful business partnership which led to one of the most successful dramas of all time and what’s on the horizon for 2020 and beyond. 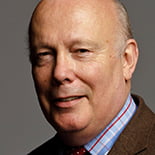 Julian Fellowes, writer, director and novelist
Fellowes is an award-winning writer, director, producer, novelist and actor. He received the Academy Award for Best Original Screenplay in 2002 for Gosford Park, which was his first produced film. Fellowes is creator, sole writer and executive producer of the worldwide hit series Downton Abbey for which he won two Primetime Emmy Awards, a Golden Globe and is the recipient of a Special BAFTA Award and the International Emmy Founders Award. His film writing credits include Vanity Fair, Separate Lies (National Board of Review Directorial Debut Award), From Time to Time, The Young Victoria, The Chaperone and the Downton Abbey movie. His television writing credits include Little Lord Fauntleroy, The Prince and the Pauper, Titanic, Doctor Thorne and the upcoming Belgravia and The English Game. He is responsible for the ‘book’ of the Broadway musicals, Mary Poppins and School of Rock – The Musical for which he received a Tony nomination. He also wrote the books for Half a Sixpence and The Wind in the Willows, both of which played in the West End in 2017. He has written three best-selling books, Snobs, Past Imperfect and Belgravia. In January 2011, he was given a peerage and entered the House of Lords as the Lord Fellowes of West Stafford. 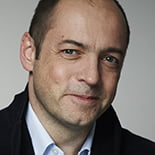 Gareth Neame, CEO, Carnival Films
Neame is a BAFTA, Emmy and Golden Globe award winning TV producer and executive. He has been CEO of Carnival Films since 2004 and responsible for many popular shows, most notably the global TV phenomenon Downton Abbey, winner of three Golden Globes and fifteen Primetime Emmys. With a total of 69 nominations Downton is the most nominated non-US show in Emmy history and the UK’s most successful scripted export. In a career spanning 30 years Neame has been behind numerous award winning and highly acclaimed shows such as Spooks, State of Play, Jamestown, The Last Kingdom, Page Eight and The Lost Honour of Christopher Jefferies. In 2014 Neame was announced by 10 Downing Street as an Ambassador of the Great Britain campaign and was appointed OBE in the Queen’s 90th birthday honours list. He has been listed in the Variety 500 index of most influential business leaders in the global entertainment industry.

We have negotiated discounted hotel rates at the St. Pancras Renaissance Hotel, which will be taken up entirely by Content London delegates. Once you have booked your delegate ticket, your unique booking code will be shared with you to enable you to book your room.