The Imaginarium’s Jonathan Cavendish and Milk Visual Effects’ Jenna Powell will reveal how state of the art advances in VFX can enhance TV content like never before and Guy Gadney at Charisma.ai joins previously announced writer and director Nosa Eke to explore how AI is driving interactive storytelling.

TIER 2 tickets are about to run out.
To register now for the discounted rate of £799 CLICK HERE.
Once these tickets are gone TIER3 will be available priced £899.
The full price for a single Content London delegate pass is £1099 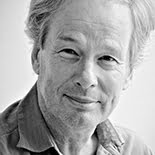 Jonathan Cavendish, co-founder, The Imaginarium
After studying Modern History at Oxford University, Cavendish began his career in advertising where he ran the marketing for the launch of Channel 4 in 1982. He released his first film as producer December Bride in 1991, winning over 30 international awards, and followed this with many other commercially successful and critically acclaimed films, including Into the West, Gangster Number 1, Ordinary Decent Criminal and Croupier. 2001 saw the release of the globally successful Bridget Jones’s Diary, followed by the equally successful Bridget Jones: The Edge of Reason and then the award-winning Elizabeth: The Golden Age. For television, Cavendish has produced a wide variety of successful projects including the ratings hit Irish famine series The Hanging Gale, Emmy-winning Dirty Tricks and multi-Emmy and Golden Globe nominated Bernard and Doris. In 2011, Cavendish joined forces with Andy Serkis to found The Imaginarium. He produced its first TV production Fungus the Bogeyman for Sky, closely followed by its first two movies, Breathe, directed by Serkis, and The Ritual, in 2017. In 2018, Cavendish produced Death and Nightingales, starring Jamie Dornan and Matthew Rhys, which was broadcast on BBC2, and the Andy Serkis-directed Mowgli, released worldwide on Netflix in December 2018. 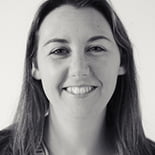 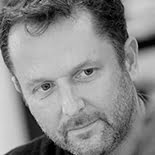 Guy Gadney, CEO, Charisma.ai
Gadney, has been working at the intersection of media and technology for over 20 years, initially as the first head of digital for Penguin Books UK, then at the BBC, Fox and the Guardian, before setting up his first games company developing massively multiplayer games. More recently, he produced the official mobile games for Sherlock, Home & Away and other TV series around the world. He is CEO of To Play For, the media technology platform behind Charisma.ai which is producing new forms of immersive stories powered by artificial intelligence. The company is working with broadcasters and studios around the world to extend TV series and films into narrative games, and is currently adapting John Wyndham's sci-fi classic The Kraken Wakes with Charisma.ai.

More speakers to be announced for these sessions.


TIER 2 tickets are about to run out.
To register now for the discounted rate of £799 CLICK HERE.
Once these tickets are gone TIER3 will be available priced £899.
The full price for a single Content London delegate pass is £1099.