Connect with the world’s SVoD platforms at Content London

They join previously-announced speakers from Viacom, Nordic Entertainment Group and Bombay Sour Films, to reveal their scripted strategies and opportunities for collaboration across the global business.

It is crucial producers, broadcasters, financiers and distributors understand and work with these emerging SVoD players. Connect with them at Content London.

TIER 2 tickets are about to run out.
To register now for the discounted rate of £799 CLICK HERE.
Once these tickets are gone TIER3 will be available priced £899.
The full price for a single Content London delegate pass is £1099 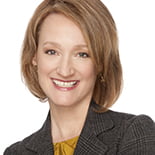 Tracey Pearce, president of distribution and pay, Bell Media
Pearce oversees the subscription portfolio and revenue derived from the distribution of Bell Media’s television networks, video and audio on-demand content, cable, satellite, IPTV, mobile and digital platforms, and direct to consumer. As part of her portfolio, Pearce is responsible for the overall performance of multi-million dollar portfolio on demand services Crave and Starz, including HBO Canada. An architect behind the all-new Crave, she helped drive its immediate 20% subscription increase when it relaunched in 2018. In addition, Pearce oversees Bell Media’s corporate strategy and digital teams. Pearce serves on the boards of Discovery Channel Canada as chair, CTV Specialty Television Inc. as director; is a member of advisory boards of Canada’s Top 40 Under 40 and York University’s Schulich School of Business MBA program in Arts, Media & Entertainment Management. 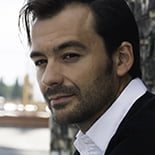 Olivier Jollet, managing director Europe, Pluto TV
Jollet is a senior digital & media executive and entrepreneur with over 15 years of experience in the digital industry. Jollet has been the MD Europe at Pluto TV since November 2016. In this function, he is responsible for the development of an overarching strategy for and the business development of Pluto TV across Europe, the leading free OTT television service recently acquired by Viacomm. Prior to this, Jollet was co-founder and Managing Director at Quazer, a unique digital TV-like service, acquired by Pluto TV in October 2016. 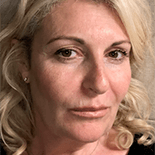 Nathalie Morley, chief content officer, TRACE Global
After a head start in music videos, Morley helped to create FashionTV and operated as chief creative officer worldwide for 12 years. She then joined the TRACE group 8 years ago, first as a consultant and a producer and then as chief content officer. In charge of all acquisitions and original productions for all the TRACE TV medias - 21 paid TV channels, 4 FM radio stations, over 30 digital and mobile services – Morley spearheads the creation of exclusive afro-urban entertainment, music, sport, culture, fashion and art, producing and commissioning over 300 fresh HD hours of exclusive original urban entertainment content focused on series, documentaries, TV shows and concerts, reaching 59M paid subscribers and 200M viewers, listeners and mobile users in 160 countries. Already the leading youth media brand in Sub-Saharan Africa and the signature afro-urban media brand in France, the Caribbean and the Indian Ocean, TRACE has recently acquired 4 channels in the UK. 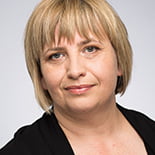 Karin Heijink, vice president Pay-TV Channels and Products Viasat World
Heijink is VP pay-TV channels and products at leading international broadcaster Viasat World. Her key focus is channel management across the company’s full portfolio of factual, drama and entertainment brands. Heijink leads teams which define and roll out the content acquisition and aggregation strategy, harnessing the expertise within the business and building relationships with distribution and production partners to curate the company’s successful flagship content brands. She also oversees the planning and execution of creative marketing. In 2017, Heijink played a leading role in launching Epic Drama, now one of the fastest growing channels in Europe, and a destination for the very best, premium drama content from around the world. Previously, she worked at MTG AB between 2011 and 2015 as VP Pay-TV Channels East. She has a long-standing career in the media industry, having held senior roles at MTV Networks International as senior director, music content for emerging markets; business development director for the EDL Foundation; channel director, emerging markets for Discovery Networks Europe; marketing manager for Endemol in the Netherlands; and marketing and PR manager for MBPA.


TIER 2 tickets are about to run out.
To register now for the discounted rate of £799 CLICK HERE.
Once these tickets are gone TIER3 will be available priced £899.
The full price for a single Content London delegate pass is £1099.