The Big Picture Keynotes
Amazon Studios director of European Amazon original series Georgia Brown and head of Indian Amazon original series Aparna Purohit are the latest international SVoD heavyweights to join the International Drama Summit. In this keynote interview the two executives will outline their current and future scripted strategies and slates and discuss what they are looking for from the international business for Amazon Prime Video in the important markets of Europe and India.

Brown returns to Content London to discuss what’s new for 2020 and Purohit joins for the first time and heads the line-up of leading Indian broadcasters, streaming services, producers and creatives taking part this year. More speakers for this years’ focus on India will be announced soon. 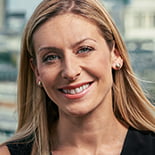 Georgia Brown, director of European prime original series, Amazon Prime Video
Brown is the director of European prime original series for Amazon Studios where she oversees the development and production of scripted and non-scripted Amazon Originals in Europe, including shows like Good Omens, The Power, The Grand Tour, El Corazon de Sergio Ramos, La Templanza, El Sid, Bibi & Tina and more. Brown joined Amazon in 2017 from Fremantle Media where she was executive vice president of content and co-productions, overseeing acquisitions for Fremantle Media International (FMI), the company’s distribution business, and working on a range of projects including Young Pope, D83, Apple Tree Yard and American Gods. Previously, Brown was SVP of Acquisitions at Shine International, where she worked on Broadchurch, Educating Yorkshire, One Born Every Minute, 24 Hours in A&E, Masterchef and Code of a Killer. Before Shine, Brown was a commercial manager at BBC Worldwide and worked with over 120 independent producers in the UK and internationally to manage rights acquisitions and early investment on BBC Worldwide-distributed programming including Africa, Mad Dogs, Misfits, Natural World, Primeval, Sherlock and Top Gear. 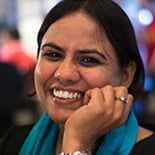 Aparna Purohit, head of India original, Amazon Prime Video
Purohit is the head of India original at Amazon Prime Video. She has developed and launched all Indian Originals on Amazon Prime Video including Inside Edge (International Emmys Nomination, 2018), Breathe, Comicstaan (S01 & 02), Four More Shots Please!, Mirzapur and Made In Heaven.
Purohit was the first person to join the Originals’ team in India in 2016. Prior to this she was the creative head at Mumbai Mantra where she ran the Mumbai Mantra | Sundance Institute Screenwriters Lab in collaboration with the Sundance Institute from 2010-2015. She also had the additional responsibility of being the he Creative Head – Productions at Cinestaan Film Company, a boutique film studio where she supervised production on the company’s maiden production Mirzya, created by the national award winning director Rakeysh Omprakash Mehra and was also developing several other projects. She has also worked with UTV Motion Pictures (which later merged with Disney), Reliance Entertainment and Sony Entertainment Television. She has also worked with National Film Development Corporation (NFDC) as a consultant on Film Bazaar 2010 and managed all the aspects of the film market. Purohit is an alumni of the APJ Kidwai Mass Communication Research Center (MCRC), Jamia Millia Islamia University, New Delhi and has been working in the Mumbai film industry for over 16 years now.