With just over a week to go Content London has confirmed YouTube’s head of drama series and movies, Jon Wax, will keynote at The International Drama Summit on Wednesday November 29. 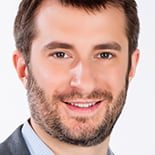 Wax is responsible for building YTO’s original drama slate as well as overseeing acquisition and production of YouTube’s movie roster.

He was previously executive vice president of programming at WGN America & Tribune Studios, where he oversaw WGNA’s foray into producing scripted series.

During his four years there, WGNA went from being a superstation with no original programming to a basic cable network that launched four successful dramas, garnering unprecedented ratings and notice with its popular series Salem, critical darling Manhattan (which earned the network its first-ever Emmy Award), and its lauded hit series Underground and Outsiders.

Prior to WGNA, Wax spent nearly 15 years on the Fox lot, where in various roles at both TCFTV and FBC he helped shepherd some of the most popular series on television, including Prison Break, Bones, 24, Malcolm in the Middle, and Firefly.

Speakers at the International Drama Summit include: