The Love Island effect at Unscripted

A case study on global hit Love Island at C21’s Unscripted Entertainment Forum will examine how the show was supercharged into a TV phenomenon, and how it is being repurposed for global roll-out.

The session will aim to uncover how to adapt a hit show and create high-impact TV that reaches a new audience.

Love Island played over the summer on ITV2 in the UK and the network said the dating show was its most successful format ever among 16-34s. The fourth season will air in 2018.

With a reversion currently airing in Germany and several discussions already underway with other territories this session will uncover the secrets of its success.

Mike Beale oversees ITV Studios global formats strategy working in partnership with the producer’s growing family of 60 plus production companies to exploit their content around the world. He has been responsible for the roll out of  international hits including The Chase, Big Star’s Little Star, Keeping the Nation Alive, I’m A Celebrity Get Me Out of Here, along with the the growing international footprint of this year’s hottest format Love Island.

He joined ITV Studios in 2011 and was promoted to the ITV Studios Board in 2016. Earlier this year Beale was also appointed managing director, Nordics – with this expanded role he oversees ITV Studios’ production businesses in the region along with continuing to lead the global formats strategy.
Prior to ITV Beale was Vice President of International Television Production at NBC Universal. In 2001 he co-founded 12 Yard Productions, now part of ITV Studios. 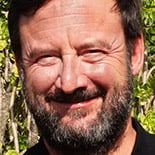 As executive producer at ITV Studios Germany Robert Hammerstingl is responsible for Love Island (RTL II), Ich bin ein Star – Lasst mich wieder rein! (I am a Celebrity – Let me in again! | RTL), Die Ausreißer (The Runaways | 2015 | RTL), Achtung Kontrolle-Spezial! – Die (Super)-Reinemacher (Attention Inspection – Special Version! – The Super-Cleaners | kabel eins) and the RTL programme I Am A Celebrity – Get Me Out Of Here!, for which he has been in charge as Series Producer since 2010 as well. Prior to this he was Senior Producer for ZDFneo’s consumer protection programme Da wird mir übel (I’m Getting Sick).
From 2011 until 2013 Robert was working as Chief Segment Producer for Let’s Dance (RTL). He started his career at ITV Studios Germany in 2006 as Segment Producer and Postproduction Editor for the VOX programmes Come Dine With Me, Come Dine with Me – Celebrity Version as well as Promis unter Volldampf (Celebrities At Full Steam). 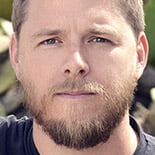 A freelance executive producer, currently based at ITV Studios Entertainment Department in London. Now heading up production on new ITV2 show Survival of the Fittest, Cadman executive produced Love Island.
Previous credits include I’m A Celebrity… Get Me Out Of Here, The Only Way Is Essex, The Magaluf Weekender, Geordie Shore, Taking New York, The Jump and Big Brother. 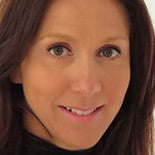 Amanda Stavri is currently working across shows including Little Big Shots, This Time Next Year and The British Soap Awards, as well as Love Island, TOWIE and The Real Housewives of Cheshire on ITV’s digital channels. Previously, an executive producer, she worked in factual entertainment, across shows including Come Dine with Me, The Mirror’s Pride of Britain Awards and reality shows, Temptation Island, Peter Andre:My Life and Jean Claude Van Damme:Behind Closed Doors.


Other confirmed speakers include: