Spanish production companies are coming to Content London under the Icex Spain Trade and Investment banner to showcase how the Spanish TV industry is now playing in the big league when it comes to scripted production in Europe.

The main broadcasters and producers from Spain will take part in a focus on the country, which features RTVE, TVE, Mediapro, Boomerang TV and Betafilm among others.

In addition, a delegation of 10 other Spanish drama players, including Movistar, Atresmedia TV will attend under the Spanish Trade Investment initiative. 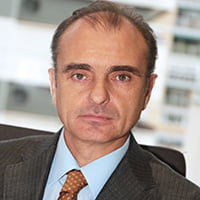 "We have a strong belief that the new financing formulas and the international vocation of Spanish producers are going to be very attractive to all potential coproducers in London,” said Julian Izquierdo (pictured), director of cultural industries at Icex Spain Trade and Investment.

“Content London is a great opportunity to show that we are a long way away from the cliché Spanish fiction series and drama is no longer the telenovela.

The findings of The Wit show Spain is among the top five countries in the world in the marketing of fiction formats.


The Spanish delegation joins groups from Brazil, Australia, Italy, Canada and France who are attending Content London under an official banner.

Up to 1200 delegates are expected at Content London this year.