Sofia Helin on Heder and The Bridge 4 at Content London

Content London will get up close and personal with Sofia Helin, star of The Bridge, who will also discuss her upcoming drama Heder, in a Drama Summit One-On-One during the event.

Helin was awarded the Swedish TV award Kristallen and the Danish TV award Robert for her critically acclaimed role as Saga Norén in the worldwide hit series Bron (The Bridge). 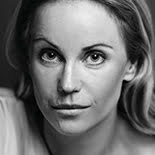 As well as leading the cast, she was a producer on the final season of Bron which will air in 2018.

Beyond the Drama Summit One-On-One, the award-winning actress and producer will take the covers off Heder, an eight-part drama about four lawyers, and friends, who due to a dark experience they shared in the past, strive to make the world a better place, by helping victims of crime - particularly women.

A case that initially seems quite routine has unforeseen consequences and leads them in to a spiral of threats, violence and public mudslinging. Who is behind this, and how is it connected to their dark past?

Heder is produced for Discovery by Bigster for delivery in late 2018 and is distributed internationally by Eccho Rights. 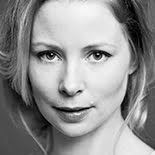 Executive producer and actor, Heder
Julia Dufvenius got her breakthrough in the TV –series Glappet and joined the Royal Dramatic Theater in 2000 where she made her debut in Ingmar Bergman’s Maria Stuart. The role of Karin in Bergman’s TV production Saraband was written for her.
In 2016 she was among the creators and writers of comedy series Mammor for Sweden’s TV3, alongside her Heder colleague Anja Lundqvist. 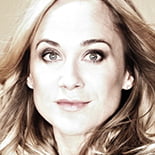 Executive producer and actor, Heder
Anja Lundqvists first role was in Lukas Moodyssons blockbuster movie Tillsammans for which she was cast straight out of theatre school. Since then, she has played in the TV series Gåsmamman, the Sune movies, Våra vänners liv, De halvt dolda, Oskyldigt dömd, Offside, Stormen and Tusenbröder. In 2016, Anja was among the creators and writers of comedy series Mammor for Sweden’s TV3. 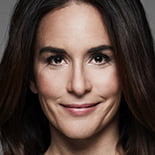 Executive producer and actor, Heder
Alexandra has in recent years played the lead role in successful TV series such as The Sandhamn Murders and Gåsmamman, her role in the latter winning her the Best Actress prize at Sweden’s most prestigious television awards ceremony, Kristallen, in September 2017.
As Executive producer she was fully involved in the creative process on each season of Gåsmamman, from shaping the scripts, to casting, to editing. She has starred in international coproductions such as The Team and in Thomas Winterberg’s critically acclaimed and award-winning feature film Jakten, the family movie Lassemajas detektivbyrå – Stella Nostra and in the TV movie version of Hanne Vibeke Holsts novels Kronprinsessan, Kungamordet and Drottningoffret.

The International Drama Summit is the most significant gathering of the global scripted community in the calendar. More than 1200 executives come together to share new projects, discuss coproduction opportunities, hear from the world's leading players and engage around an unrivaled programme of screenings, conferences, awards and much more. This year we move to the award-winning Kings Place venue, with improved facilities, meeting space catering and a host of new session formats, premieres and networking events.