Original creator Geoffrey Wright, will be at Content London to discuss the remake of his classic film Romper Stomper, in a one hour case study that tells the story of how the franchise is being refreshed as a six hour series.

The drama picks up on Geoffrey Wrights’ 1992 classic film, following a new generation of the activist Right, their anti-fascist counterparts, and three young Muslims caught up in the conflict.

Shot in Super 4K and produced by John Edwards and Dan Edwards, with Geoffrey Wright, creator of the original film which launched Russell Crowe, at the helm, Romper Stomper features a high profile cast as well as a strong line up of newcomers, including David Wenham (Pirates of the Caribbean, Top of the Lake, Lion), Sophie Lowe (The Returned, The Slap), Jacqueline McKenzie (Safe Harbour, The 4400, Mental) and Toby Wallace (INXS: Never Tear Us Apart).

SPEAKERS IN THIS SESSION INCLUDE: 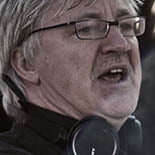 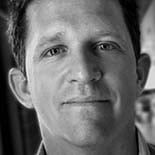 Dan Edwards
Producer
Producer Dan Edwards is a television executive who has a background in sales, acquisition and production, including more than a dozen years managing the local offices at two of the world’s largest programme and format rights distributors. Most recently Dan was vice president at ITV Studios Global Entertainment and prior to that set up Endemol worldwide distribution’s Hong Kong office. In addition to Romper Stomper, Dan is currently in pre-production on a soon-to-be announced new drama series and has several projects in development. 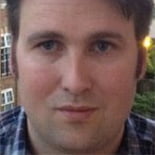 Nick Forward
Chief content officer, Stan
Nick is Stan’s chief content officer. He joined the company as employee no. 3 in January 2014, and built the content and product strategy for the service. Nick oversees all aspects of content, including acquisition, commissioning, and programming, as well as customer service and product management. Nick left his hometown of Melbourne to spend over a decade working in media/entertainment in London prior to joining Stan. He spent five years at Virgin Media in a variety of roles, including Editor in Chief for the business’s suite of content products, and Director of TV Product. Previously Nick worked in the Entertainment and Marketing divisions at BSkyB. 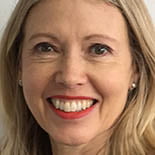 Nicky Davies Williams
CEO, DCD Rights
Nicky, as CEO of DCD Rights, has led the expansion of the catalogue through the use of third party investment funds towards its currently successful and broad range of programming; featuring a drama slate of quality and variety.
Starting her career in the music industry, she moved into film and TV sales at Island Pictures, subsequently establishing her own company, NBD Pictures, an international TV sales agency. NBD Pictures grew to represent a broad range of programming from independent production companies on the international stage. She was appointed CEO of DCD Rights in 2005 when she sold NBD TV, a company she founded and ran successfully for more than 22 years, to the Group. 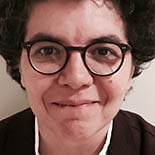 Pilar Perez Roel
Head of acquisitions, DCD Rights
Pilar Perez Roel is head of acquisitions at DCD Rights and is responsible for all acquisitions with a particular focus on drama. Pilar works with producers and broadcast partners to find, develop and invest in drama programming that has international appeal. Recent examples are Deep Water, Striking Out, Jack Irish, Rake, Romper Stomper, The Slap and the thriller Acceptable Risk, currently premiering on RTE. She is responsible for a new slate of projects at various stages of development, finance and production.