Elizabeth Bradley, vice president of content at Netflix, will talk to award-winning producer and Sister Pictures founder Jane Featherstone, in a keynote interview at Content London. 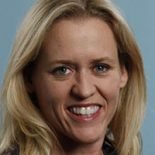 Bradley will discuss the evolving industry, including commission and coproduction strategy at Netflix, what lessons have been learned and what we can expect from Netflix in the years to come. She has been at Netflix since 2006, and currently leads the team focused on finding and commissioning international English language television series, both co-productions and direct commissions, for Netflix globally.

Series recently launched include the acclaimed Anne With An E (with Canadian Broadcasting Corporation (CBC), the heartfelt romantic comedy Lovesick which originated from the U.K. and the upcoming Alias Grace, the highly-anticipated adaptation of the Margaret Atwood novel from Sarah Polley and director Mary Harron.

Multiple new series will launch in 2018. In her more than 11 years at Netflix, Bradley has worked in a variety of roles, including leading international launch teams, while assembling broad and diverse movie and TV offerings as Netflix expanded globally.

Prior to Netflix, Bradley worked in strategy roles in home entertainment at DreamWorks, Fox and Warner Bros. Bradley began her career trading bonds, but quickly learned it wasn't nearly as fun as entertainment. 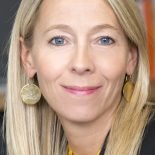 As the former chief executive of Kudos and co-chairman of Shine UK, she oversaw the production of some of the UK’s most ground-breaking and best-loved dramas. From BAFTA-winning television series Broadchurch, Humans, Life on Mars and Flowers, through to Hustle, Spooks, The Hour and River, Featherstone’s pioneering vision brought quality drama to the mainstream whilst growing Kudos into one of the UK’s most recognisable and formidable indies.

Sister Pictures has secured a raft of new commissions across a host of UK and global broadcasters and platforms. Brimming with scope, ambition and imagination, Sister’s slate currently boasts the BBC/Sundance relationship drama The Split, ITV series Clean Break, Chernobyl for HBO/Sky and Giri Haji for BBC/ Netflix. In addition, Naomi de Pear’s in-house label, Hootenanny is producing Flowers and The Bisexual both for Channel 4.

The International Drama Summit is the most significant gathering of the global scripted community in the calendar. More than 1200 executives come together to share new projects, discuss coproduction opportunities, hear from the world's leading players and engage around an unrivaled programme of screenings, conferences, awards and much more. This year we move to the award-winning Kings Place venue, with improved facilities, meeting space, catering and a host of new session formats, premieres and networking events.