The Canadian Media Producers Association; BC Producers Branch and Creative BC, are coordinating a delegation of some of Canada’s leading producers in factual entertainment to Content London.

Representatives from 10 Vancouver-based television production companies including Anaid Productions, eOne Unscripted, Great Pacific Media, Lark Productions, Omnifilm Entertainment and Partners in Motion are some who will join the group.

Vancouver’s reputation as producer of globally successful factual shows is built on series including Highway Thru Hell, Real Housewives of Vancouver, Border Security: Canada’s Front Line, The Liquidator among many others. 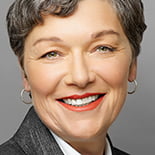 CMPA-BC SVP Liz Shorten (pictured) said: “We are thrilled to be attending Content London with some of Vancouver’s leading producers. We look forward to building new international partnerships and to kickstart coproductions and creative collaborations.”

CONFIRMED SPEAKERS AT UNSCRIPTED INCLUDE: