Australia’s leading scripted players will take part in an Australian Focus at Content London, designed to uncover their development agendas and appetite for international coproduction.

The panel is supported by a significant presence of the Australian scripted business, which sees more than 60 executives attend under the Screen Australia and Film Victoria banners. 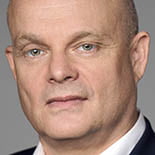 Ross Crowley
Director of content for Foxtel
Crowley oversees Foxtel movie-on-demand and store products along with its strategy for investing in series, drama, entertainment and original content. Ross holds a business degree in finance, statistics and human behaviour and has worked at both the Nine Network Australia and the former Star Group in Asia. 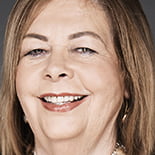 Sue Masters
Head of scripted, SBS Australia
Sue Masters is one of Australia’s most acclaimed producers and executive producers and has won all Australia’s film and television awards as well as a multiplicity of international honours. She has been head of drama for ABC TV and was responsible for several series of Seachange, Something in the Air, Grass Roots and Changi during the 1990s.

In 2000 to 2009 she was head of drama for Network Ten during the production of Secret Life of Us, White Collar Blue, Mary Bryant, Tripping Over and many high end mini-series and series. Most recently she has executive produced Serangoon Road, Miss Fisher’s Murder Mysteries and The Secret River for the ABC, and in 2010 executive produced The Circuit Series 2 for SBS. 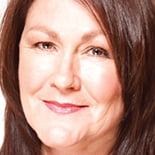 Sally Riley
Head of scripted production
ABC TV Prior to her current role, Riley was the manager of ABC’s Indigenous Department for six years. Over that period she was integral to the development of indigenous Australian content. She has been responsible for developing and commissioning ground breaking primetime drama series including, Cleverman, Redfern Now, Gods of Wheat Street, 8MMM Aboriginal Radio and sketch comedy series Black Comedy. Riley was also responsible for developing and overseeing the production of a significant body of short films, documentaries and feature films, as she fostered the development of a new generation of exciting new indigenous filmmakers as head of indigenous at Screen Australia. 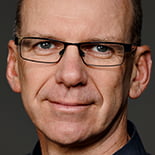 Since his appointment in 2011 he has commissioned over 190 hours of primetime drama across 25 titles, as well as more than 200 hours of original children’s drama. He was also executive producer for the original drama series Wolf Creek and No Activity on Australian SVOD platform STAN. 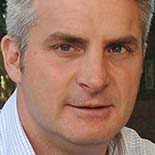 Since its inception in 2009, Playmaker has established a track record of delivering high-quality, writer-driven, ratings-winning primetime series in Australia.

Playmaker’s credits include the AACTA and AWGIE winning political thriller The Code for the ABC, The Wrong Girl for Network Ten, the Logie Award winning House Husbands and Love Child for the Nine Network, plus the Emmy nominated SLiDE for Foxtel.

Along with producing returning series of The Wrong Girl and Love Child, Playmaker recently finished the iconic story of Australia’s original rock group in Friday On My Mind for the ABC, as well as Chosen, a Mandarin language action thriller for Chinese streaming platform iQIYI. 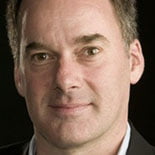 Graeme Mason
CEO, Screen Australia
With over 20 years of international experience in film, television and multimedia businesses, Mason has an intimate knowledge of the full spectrum of the screen sector, having worked with large US studios, a UK television network, independent producers and government agencies. He became CEO of Screen Australia in 2013 and during his tenure has steered the agency through some of the industry’s most significant changes, including the rise of digital originals, the growth of free-to-air multichannels and catch-up services, plus the advent of commercial streaming.

Screen Australia has also proved to be a pioneer in funding digital original content, with online talent supported by the agency achieving over 2.5 billion views on YouTube alone. The agency has also championed gender equity and inclusivity in the screen sector.

Graeme has previously worked in both factual and entertainment TV programming in his native Australia before moving to the UK. In Britain he worked across all aspects of film production, sales and acquisitions, and distribution for companies such as Polygram Filmed Entertainment. From 1998 to 2002 he was president of worldwide acquisitions for Universal Studios. He then joined Channel 4 Television UK as head of media projects and later as managing director of Rights before moving to New Zealand to lead the New Zealand Film Commission from 2009 to 2013.


Other confirmed speakers include: